How to clean a rusty cast iron skillet with salt

If you’ve gone into a vintage store, no doubt you’ve come across an old cast iron skillet.

You look it over and see there is a little rust on it, but overall it seems in tact and solid. Can it be revived? Should you get it? I’d say, most definitely!

Now, if there are holes, it’s warped or cracked, I would say forgo buying it, but if it’s free of these issues that cast iron skillet can be brought back to life.

Cast iron has been around for years and families even have skillets that have been passed down from generation to generation. Rust is really a minor issue and can be easily remedied.

Cast iron will last for years, and if you know the basics of maintenance can be revived in very little time with a few items you have around your house. So purchase that old cast iron skillet, and let’s bring it back to life! 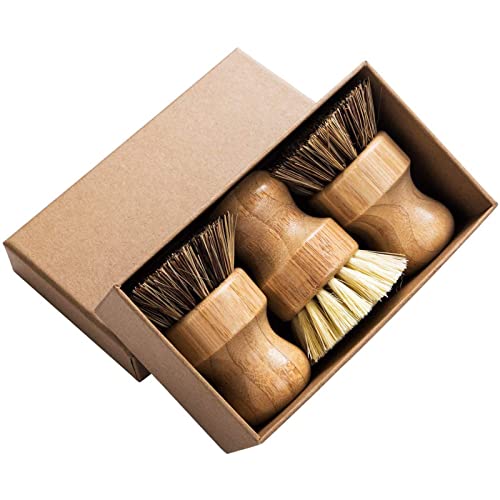 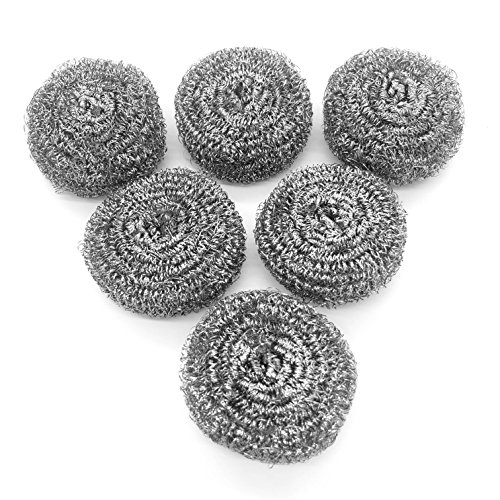 You have a rusty cast iron skillet, now what?

Before I get into how to revive it, let’s chat about how it got into this condition in the first place, so hopefully you can avoid being in this position in the future. Cast iron and water don’t mix, it’s as simple as this. When water is left in a cast iron skillet, rust can develop.

This means you may leave other pans and dishes in the sink to soak, but you should not do this with your cast iron. Using the dishwasher for your cast iron is also a “no-no”. How quickly it rusts and the severity depend on a number of factors, but the bottom line is leaving water in your cast iron skillet will create rust.

That is why when you are seasoning your cast iron skillet, it’s important to dry it fully after washing it and before adding oil. It’s also important to limit the amount of soap you use, so you don’t break down the protective barrier of oil on your cast iron.

When you know the culprit, it’s often easier to avoid the rust even forming. How to clean black residue off cast iron skillet

Before we jump into the specifics of how to clean rust off your cast iron skillet, we need to cover how you season your cast iron as well as a typical cleaning routine. I want to make sure you have all the basics down and the know-how to maintain your cast iron before we tackle the issue of rust.

If you know how to properly care for your cast iron skillet, you will have a better chance of avoiding rust in the future!

You don’t need to do all these steps every time you clean your cast iron skillet. Most often, you just need to do steps 1-3 and can store it with a paper towel inside to soak up any extra oil.

Alright, the moment you’ve been waiting for and the reason you’re here. You CAN clean rust off your cast iron skillet with salt and a potato! It sounds a bit bizarre, but it works great and is very easy to do.

This is another reason cast iron is a great option. You can revive it with things you have around the house! No need to buy a special cleaner, just grab your salt and a potato. No doubt this is one of the reason cast iron has been around for so long!

Cleaning Cast Iron with Salt and Lemon (and other options)

If you don’t have a potato and salt lying around, there are other ways to get rid of rust from your cast iron pan.

Any of these options will work without using soap, but if you have a hard time with the no-soap rule for cast iron using a mild dish soap is a great option. I personally avoid dish soap because I don’t want to strip oils from my skillet.

While rust is not an issue when it comes to cast iron, there are a few issues that can make buying that vintage cast iron a bad idea.

Cast iron, most of the time, can be restored and brought back to it’s former glory, but if it has any of these three issues don’t buy it. If you own a skillet with one of these issues, throw it out. It’s cheaper and better in the long run to just get a new one.

I’ve heard the question: can you cook with a rusty cast iron skillet?

The answer is a little rust is not going to hurt you, but why would you want to cook with a rusty pan when it can be brought back to life and the rust can be removed?

I would suggest taking the extra time, which is really only ten to fifteen minutes of work, to revive your cast iron pan back to it’s glossy-black color.

It will make maintenance easier, will hopefully take care of the rust issue for good and will ensure your cast iron skillet lasts for many years to come.